Old friends - being comfortable in each others company, MoMA, New York

I was recently reminded just how special old friends are, and of the strength of friendships made decades ago.

I met up with a couple of school friends. One had been a neighbour while we were young and we used to walk to and from school every day. We kept in contact after leaving school, but then she moved north, married and had her family.

The other lived nearby for a short time when her children were very young.

Our chatter – over a drink – picked up much where we left off all those years before. The same laughter and mannerisms, the same liking for the same sorts of things. It was magic!

With old friends, the characteristics and qualities we loved so much when we became friends are still there. We recognise and admire our differences and love the way time has kept true to them.

Michele had always been a talented performer at school. She was a wonderful dancer and actor, petite and gregarious. She is still an actor, having recently presented a very successful one-woman comedy act in Wellington. Last week she came down again and took part in a fund raising celebrity debate (for another school friend who’s son is representing New Zealand in June in the Special Olympics) – in the character of her majesty. She was brilliant! Another schoolfriend who also went along to the debate  didn’t recognise the Queen until she opened her mouth…

When we got together after the debate, it was as the gaggle of schoolgirls we once were.

I love old friends. The relationship is very comforting – no explanation is ever needed. The support is always there no matter how many miles or how much time lies between us.

I think much of the strength lies in the fact that we were growing up together. We have a common bond in having sat in the same classes with the same teachers. Of having been pitted against each other academically, on the sports field and on the stage. We used to talk about the future and what we’d like to do, who we might marry and where we’d like to live. The outcomes are not far from the mark in many respects!

School friendships grow out of being in the same environment at the same point in time, and being drawn together simply because you like each other.

All friendships are magic – like precious gems. they never lose their sparkle, their brilliance or their inestimable value! 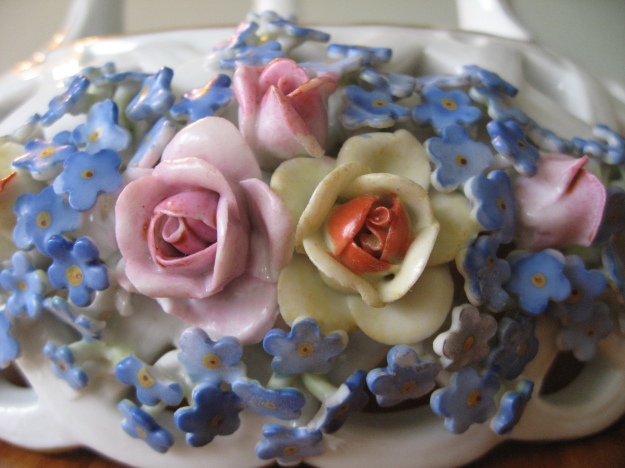 A treasured dish of fine German porcelain (upside down for this photo) from my mother’s collection.

Photographed in the narrow streets surrounding the old town square in Prague, Czechoslovakia.

Sadly we didn’t bring any home with us.

Tiny fragments of glass make-up the most intricate designs

Photographed in Saint-Chapelle on the Ile de la Cite (should have an acute accent!), Paris. 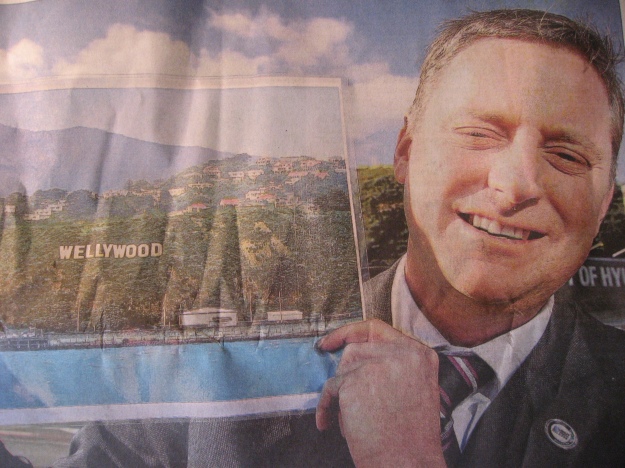 Headline: Welly gets the sign-off

Sub-heading: But not everyone’s happy – are we a city of try-hard followers?

In the months of September and October this year, New Zealand is hosting the prestigious Rugby World Cup. Several matches, including quarter finals, are being held in Wellington. Wellington is also the home of a burgeoning film industry, the most notable films being the Lord of the Rings trilogy directed by Peter Jackson.

The Wellington City Council announced last year that the sign ‘Wellywood’ in the style of the famous Hollywood sign was likely to grace the hillside beside Wellington Airport – a hill which also lies at the entrance to Peter Jackson’s Camperdown Studios and Park Road Post Production facility.

When the idea was announced there was a massive outcry from Wellington city ratepayers. Branding experts even spoke out against the idea saying that it had the potential to do a lot of damage to our international reputation.

“It is copying a foreign, bullshit glamour idea and it’s the pits of what people can aspire to.”

The article in Wellington’s Dominion Post goes on to inform us that the sign will be 3.5 metros high and 28m wide and is understood to be costing several hundred thousand dollars. Wellington International Airport, which owns the site, has decided in all its wisdom to ignore the public backlash generated last year and to proceed with their plans to install the sign.

Needless to say, I’m dead against the idea.

We market ourselves as New Zealand’s cultural capital, a city full of vibrant life, creativity and innovation. Copying something so famous with all that’s associated with it, hardly endorses our claims of cutting-edge originality.

Not only is it a cop-out, it’s crass and boring …

I can’t wait for the inflamed anger to follow. Headlines this week are going to be very interesting.

He could be a chief executive

On a day-to-day basis men (New Zealand men that is) seem less inclined to wear statement clothing – clothing with personality. Bright colours, layering and edgy styles are not a common sight. I noticed quite a different attitude in London and Paris last year. Men dress with a lot more attitude.

When it comes to sport however, anything goes! There’s a very simple reason…men will do or wear anything to win a game, and top support a game.

They will shave off all their body hair, they will wear skintight lycra bodysuits, they will wear shorts that look like skirts if they think it will help them win or fit in with the team or with their mates.

As long as the piece of apparel has an instantly recognisable and high-profile logo, it’s ok. It has the male tick of approval.

Clothing gets even more extreme with events like the annual international Sevens (rugby) tournament. The tournament is held during the first week of February – the New Zealand summer – and the weather is usually glorious. Hoardes of men – in the name of sport – take to the streets in everything from nappies (read: diapers) to evening gowns, dressed predominantly as women!

Professionalism and conservatism are tossed to the wind … freedom! I love it.

Personally speaking though, if I’m going to go somewhere in a costume – it’s got to be glam. There’s no way I want to go out in public looking like a hag (as I’ve done on stage) or anything other than a a sexy siren! I owe it to myself … I’m not stupid about it. No extreme hot pants or plunging decolletage – simply glam. Like the man pictured, I have standards! 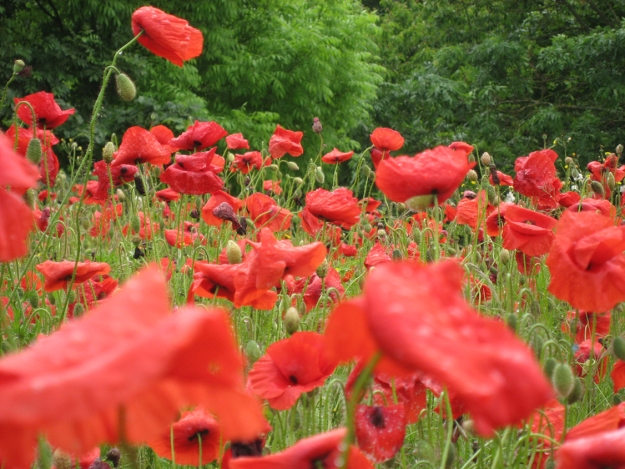 And finally - the stridingout red-themed photograph!

A field of poppies alongside the Rosslyn Abbey (made more famous in Dan Brown’s Da Vinci Code), Scotland.

Striding out
Blog at WordPress.com.